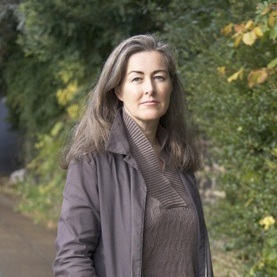 When David stands up to Goliath it is exciting to watch. And this is exactly what we saw at the Durban climate talks this week when six Canadian youth delegates thumbed their noses at Peter Kent, Canadian Environment Minister. Kent was speaking about Canada’s decision to withdraw from the Kyoto Protocol when the youths stood up, swiveled, and turned their backs on him.

Their t-shirts read “People before Polluters”, and one of the courageous six said “It’s time to leave Canada behind” – but no words could speak louder than the gesture. The young people received a standing ovation from those who witnessed their protest.

These youths turned their backs in disgust not only on an intransigent government and a powerful fossil fuel industry lobby, but on the process of the climate talks themselves. The climate talks have created a growing industry of negotiators: 9,000 at Durban. But still they failed to agree any legally binding cuts to emissions that would prevent runaway climate change and benefit those most at risk from its adverse impacts.

Next up – literally – was Abigail Borah. A student at Middlebury College and a youth delegate for the US, she rose in front of the hall of delegates to protest that the US negotiators “cannot speak on behalf of the United States of America.”

What Borah went on to say stopped many in their tracks; not because it was radical but because it rang absolutely true. “The obstructionist Congress has shackled a just agreement and delayed ambition for far too long,” she said, “2020 is too late to wait.”

For stating plainly what the vast majority of negotiators were thinking, and climate scientists have been warning, Borah was unceremoniously marched out and ejected from the process – but not before she received the applause of representatives from around the world.

I am full of admiration for these young leaders protesting for what is right at the Durban climate talks. Climate scientists say we need to keep global warming below 2 degrees C above pre-industrial levels to prevent catastrophic climate change, and emissions need to peak in 2020. But the deal made in Durban is vague about action that must be taken within the next five years. Therefore, we need hundreds, thousands, millions more of us around the world to choose to stand up to our governments and advocate for what is right: climate justice.

It is not right that that some countries are evading their global responsibilities to stop climate change in its tracks, while others are pleading for help. The Environment Minister of the small island nation Tuvalu described at Durban how their entire nation is in danger of flooding. This is sad, but sadder still is that as the law currently stands, no country is legally obliged to help another country in trouble.

Without law to impose a duty of care upon those who run companies and countries, profit will continue to be placed over and above people and planet. To change this we need “bold, courageous and moral leadership” in the words of Previn Gordhan, the Finance Minister of South Africa at the World Business Climate Summit this week.

Earlier this year we staged a mock trial at the Supreme Court in London, England to test one bold, courageous solution. A judge, jury and top QCs tried a new international law of Ecocide – under which heads of corporations would have to take personal responsibility for destruction of the environment. The jury unanimously found the CEOs of fictional energy companies exploiting the tar sands guilty of Ecocide.

An international crime of Ecocide is a way that we can seek climate justice. Making Ecocide law has been advocated at Durban by some of the most important names in environmentalism, including Nnimo Bassey, the chair of Friends of the Earth and Pablo Sólon, the former chief climate negotiator for Bolivia. “This Ecocide law may be the only way to make climate criminals rethink their crimes of commission and omission,” said Bassey.

Ecocide is the big idea that is being discussed as an alternative solution to the failing Kyoto Protocol. An international law of Ecocide would put in place the absent legislative framework that business needs. It may be the only thing that can enable governments, banks and corporations to change course in time.

About Polly Higgins
Polly Higgins is the lawyer who has proposed to the UN the law of Ecocide. During war it is a crime to destroy vast tracts of land, but during peace-time there is no crime against it. This anomaly in the law has allowed the damage and destruction of the planet to reach unprecedented levels which the UN say could trigger ecosystem collapse.

Over the past 7 years Higgins has become an expert in Earth law and has authored the book: “Eradicating Ecocide: Laws and Governance to Prevent the Destruction of our Planet”.  Her book was accoladed ‘Winner of the Peoples Book Prize 2011’ for non-fiction.

Higgins has mounted a global campaign to have Ecocide recognised as the 5th Crime Against Peace at the 2012 Earth Summit.